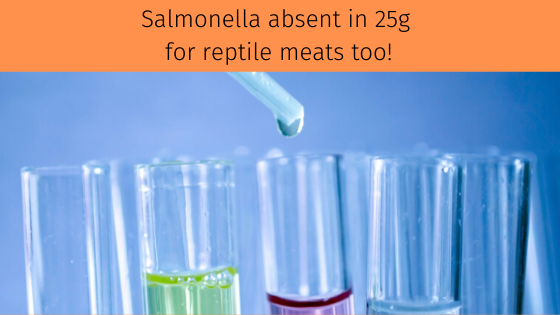 Salmonella rules  are added to well-known Regulation 2005-2073 for reptile meat.

According to data available in Eurostat’s reference database, imports from third countries of fresh, chilled or frozen meat and edible offal of reptiles have shown an upward trend over the last 10 years with an increase of over 50 % in the quantity imported during the period 2007-2017 and an average yearly import in the Union of nearly 100 tons.  The latest Union summary report on food-borne outbreaks published by EFSA and the European Centre for Disease Prevention and Control states that human salmonellosis is the second most reported human food-borne illness in the Union with around 95 000 cases reported annually.